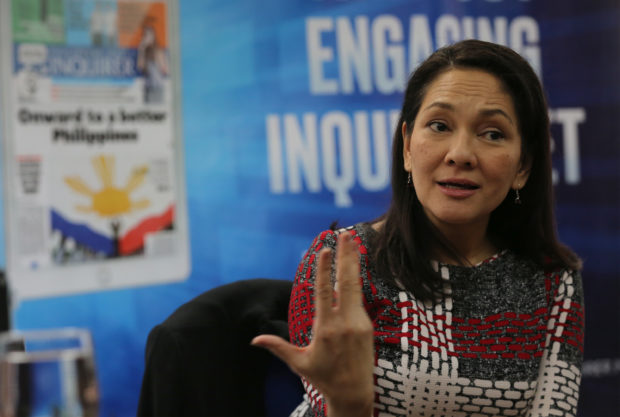 On Jun. 1, Sen. Risa Hontiveros tweeted her support for Sen. Ronald “Bato” Dela Rosa’s bill to increase gender quotas in the Philippine National Police. Dela Rosa sponsored the bill to debunk the idea that law enforcement is a task only meant for “cold-calculating men.”

“In countless times and cases, women have shown the country their kind of bravery. The kind that listens and understands. The kind that steps back from judgment and moves forward in empathy (…) Through the years, women have held their own in restoring law and order in our communities. This, they have done despite the discrimination and biases against them,” Dela Rosa said in his sponsorship speech.

Hontiveros supported this and reasoned that the implementation Violence Against Women and Their Children Law and Safe Spaces Act revealed that many women are afraid to report abuse to male police officers.

Women in spaces & spheres of law enforcement create a counterculture of human rights, restorative justice & healing. The PNP can always do w/ more of these.

However, people have reacted to the senator’s statement online and voiced their distrust of the PNP and adding more women to the institution will not change the way victims of abuse will see the police. Moreover, some have reached out to the senator saying that Republic Act. No. 9710 already existed to address gender balances and discrimination in employment.

Sen @risahontiveros as much as this is a welcomed initiative, we already have RA 9710 or the Magna Carta for Women of 2009 which provided that 3rd level govt should achieve a 50-50 gender balance in employment. The quota should’ve been achieved by 2014 yet here we are in 2020 https://t.co/zc961vr3MR

As a response, Sen. Hontiveros sent another tweet agreeing that there is much more to be done than installing gender quotas in the institutions. She assured everyone that feminism should always be intersectional and thanked those that reached out for keeping her in check.

Dear all, more than reading the room, I‘ve read & listened to your sentiments.

Tama kayo: we have to do more than install gender quotas in our institutions. We have to look at systems that enable the oppression of women & marginalized peoples.https://t.co/mjcA31PVJC

Can we stop glorifying ‘lover boys’ and objectifying women in ads?