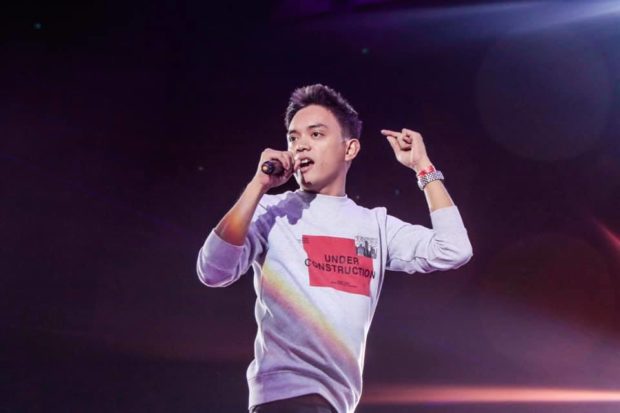 Okay so, one of the most awaited BL series just made a really big announcement and we’re freaking out. “Gaya Sa Pelikula,” created by Juan Miguel Severo, just introduced their two male leads today who, in what may be a random coincidence but may also be a sign that they were meant to grace the screen together, already share the same last name.

Earlier today, director JP Habac (yes, the one who made you cry with “I’m Drunk I Love You”), tweeted that they actually had a cast announcement last week which was then followed by a cryptic tweet that said nothing but “8PM” and included the project’s hashtag and a GIF of boys screaming.

Creator Juan Miguel Severo also tweeted a “Devil Wears Prada” GIF of Stanley Tucci’s character telling everyone to get ready because someone—in our case, the cast announcement—was about to arrive.

“It wasn’t a single night that started us.”

After a whole day of teasing, we finally know the people who will breathe life into the rom-com BL series. Playing architecture student Karl is Paolo Pangilinan and Vlad, the cool upperclassman love interest, will be played by theater actor Ian Pangilinan who starred in “Tabing Ilog the Musical.” A harana situation is yet to be seen but we can always dream.

Although they had initial hurdles in casting, the two actors seem like they’re getting along well together and would make this BL one to watch. Of course, we’re just judging from one teaser video but hey, they really do have chemistry in it. So far, the creators haven’t talked about a premiere date but in the meantime, the story was made available by Severo himself on Wattpad. Might as well binge read right?

Related stories:
Juan Miguel Severo pins down systemic homophobia as the enemy in casting queer actors
Black Sheep’s BL series ‘Hello Stranger’ is out and I’m so emo
Ryan from HSM is gay but we all kinda knew that already
Hey WLW, we have a new GL series to look forward to

Quotes from ‘The Chiffon Trenches’ to remember André Leon Talley by

What the heck is Wordle and why is everyone playing it?

Uh, looks like Brenda Mage issued a non-apology for his inappropriate behavior on PBB