How #Extra Should Your Engagement Proposal Be?

You know what always gets me? Engagement proposals. I love watching videos of them and I find myself saying, “Awww” when I see posts on social media. What’s also interesting is seeing the levels of how these proposals go. They range from intimate dinners to flash mobs.

Today, we’re listing down the many proposals that caught our attention. We’ve also ranked them depending on how all-out they are. These are for those who love engagements just as much as me, regardless if you’re single or in a relationship. Also, don’t feel pressured to get a ring on it, okay? 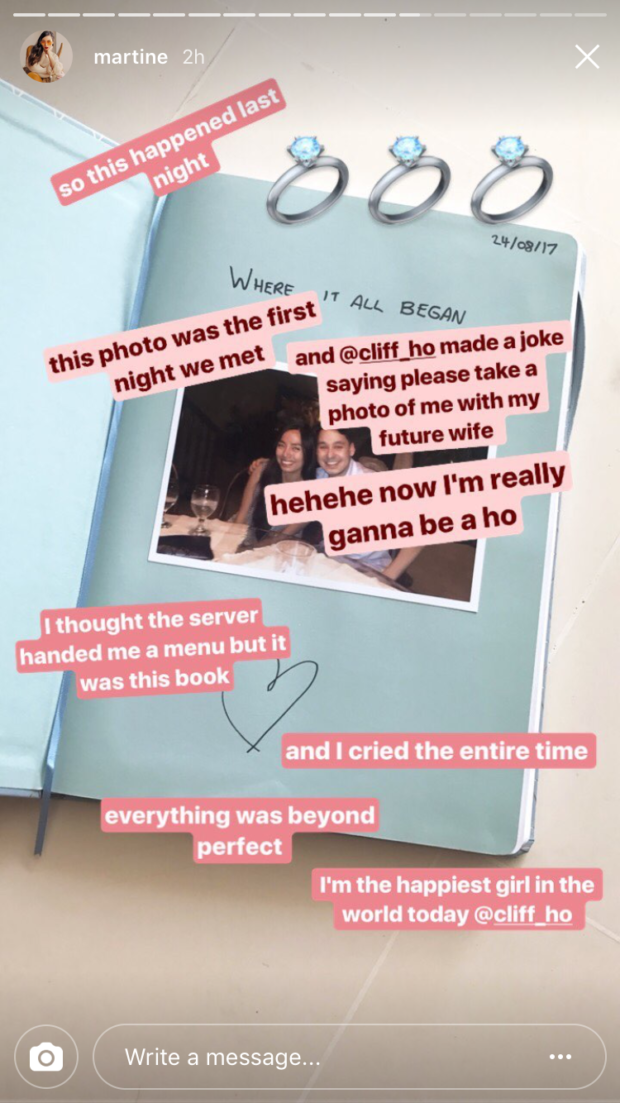 Martine and Cliff got engaged last year in Bali. They had a romantic dinner overlooking a seaside view, Martine even joked about being proposed to before Cliff popped the question. He also gave her a scrapbook filled with their photos, starting from the day they met.

Anne and Erwan announced their engagement via a vlog. It mostly contained videos of the couple’s many travels throughout the years. It ended with a video of Anne watching the whole thing on a tablet before Erwan got down on one knee and proposed. Happy tears were shed, indeed.

Ben surprised Iza by proposing to her in Tagaytay in the presence of their family and closest friends. Iza told us before that she thought they were just going to have lunch at Sonya’s Garden. “I dressed up because I wanted my photos taken. But I left my makeup at home. So I didn’t have lipstick, barely had cheek tint. It was the one I put on at home. I just groomed my eyebrows a bit and some mascara. If I had known!” she said.

Last week, director Quark popped the question by surprising Bianca during her music video shoot. While she was singing, the backdrop fell to reveal a neon sign that said, “I love you, Bianca. Will you marry me?” When she said yes, a confetti cannon went off and a curtain opened to reveal their friends and family.

The designer wanted a unique engagement and he got it. He recently proposed to his now-fiancé Charly at a Chipotle. They were welcomed with a flash mob while they were enjoying their Mexican meal. According to Marc, he wanted to stage the proposal in their favorite food spot and somewhere that Charly would least expect it.

Live and onstage: Cardi B and Offset

Before Cardi B announced her pregnancy on Saturday Night Live, she got engaged to rapper Offset. This happened last October during Power 99‘s Powerhouse show in Philadelphia. Cardi lost it when Offset suddenly got down on one knee in front of a live audience. The crowd was obviously ecstatic too!

Previous
Did You Catch These Easter Eggs in the Trailer of ‘Solo: A Star Wars Story’?