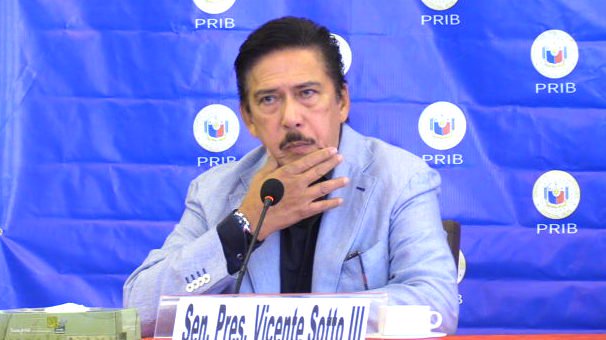 The Sexual Orientation and Gender Identity and Expression (SOGIE) Equality bill that seeks to protect members of the lesbian, gay, bisexual, transgender and queer (LGBTQ) community from discrimination sees no chance of being passed in the upper chamber, according to Senate President Tito Sotto III.

The bill was unanimously passed in the House of Representatives in 2016, but is under a period of interpellation in the senate.

Tito Sotto said in a text message to reporters, “Anti-discrimination on persons pwede. Pero focused on gays, which the SOGIE bill is, and religious and academic freedom impeded plus smuggling of same-sex marriage? No chance!”

The Senate President has already shown previous negative sentiments towards the bill, saying that it could lead to a decline in the religious and academic freedom of the country.

Really, Senator? Religious and academics have more than enough freedom in this country. All the LGBTQ+ community is asking for is to put a stop to discrimination against who they are as humans.

Senate Majority Leader Juan Miguel “Migz” Zubiri earlier said that some senators are more inclined to pass a bill banning all kinds of discrimination, but LGBTQ+ advocates said the queer sector has special needs that should be addressed by a specific law.

Related stories:
A BPO company that gives a damn about SOGIE rights
A wake-up call for pinkwashing companies that don’t have SOGIE policies
QC mall: We weren’t aware of what happened to Gretchen Diez
Protecting trans rights isn’t just about restrooms

Previous
The struggle of finding jeans for wide hips and thighs

Next
Toxicity and Tarantino: A ‘Once Upon a Time in Hollywood’ review
Start typing to see results or hit ESC to close
fashion fashion news music Culture News movies
See all results

Here’s what went before the arrest warrants against Vhong Navarro