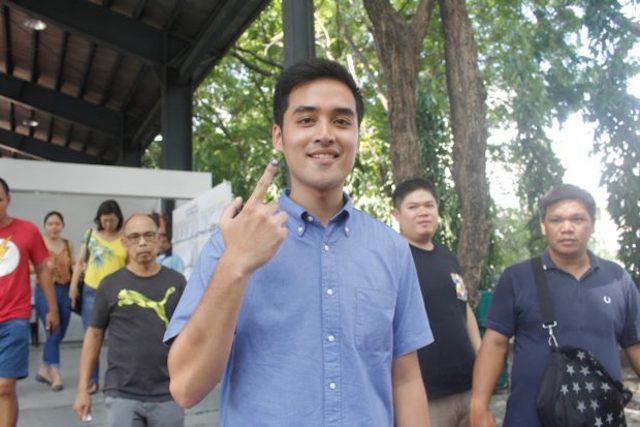 On Apr. 1, Pasig Mayor Vico Sotto was summoned by the National Bureau of Investigation (NBI) for an alleged violation of the Bayanihan to Heal as One Act (R.A. 11469). In the letter sent to Sotto, the NBI cited Section 6A of the act which penalizes “LGU officials disobeying national government policies or directives in imposing quarantines.” However, the mayor said in a televised media briefing that the letter did not specify the violation but did mention “continuous tricycle operation” as an example.

They're asking for an "explanation on the alleged violation of the Bayanihan to Heal as One Act (e.g. continuous tricycle operation)"

Before the signing of the Bayanihan Act, the mayor has complied with the directive to stop tricycle operations to bring health workers and patients with urgent needs to hospitals. The internet—including personalities and lawmakers—rallied behind him and trended the tag, #ProtectVico.

Vico Sotto has previously been lauded for Pasig City’s swift COVID-19 response and so netizens couldn’t help but make comparisons between him and other government officials. Celebrities such as Bela Padilla, Jodi Sta. Maria and Bianca Gonzales expressed their disappointment that a mayor who has noticeably stepped up to the challenge of serving his constituents while under the enhanced community quarantine seems to be the one that’s taking the heat from the national government.

Let the working mayor do his job for his people, it was obvious he only wanted what is best for his constituents. #ProtectVicoSotto

Angel Locsin, Angelica Panganiban and Kim Chiu tweeted about a double standard when it comes to investigating infractions on the rule of law. Panganiban and Locsin mentioned Sen. Koko Pimentel who received backlash for breaching quarantine protocols and endangering Makati Medical Center patients and personnel. As of writing, the NBI has also summoned the senator to hear his side. Manila Mayor Isko Moreno, who launched an e-trike program, on the other hand remains unscathed.

Senate president Tito Sotto (previously silent on issues regarding his nephew, Vico, and criticized for making indecent remarks), Sen. Kiko Pangilinan and Atty. Chel Diokno are among the politicians who demanded for the NBI to withdraw the warrant since the Constitution prohibits the retroactive application of provisions such as those included in the Bayanihan to Heal as One Act.

NBI will be well advised to be cautious in their interpretation of the law I principally authored. Any so called violation of RA 11469 can't be retroactive!

With so many rushing to defend Mayor Vico, the question of whether recent administrative decisions truly have the public interest in mind has been raised. As Sen. Pangilinan wrote in a tweet, may public servants not allow themselves to be controlled by “other” interests and whims.

Quotes from ‘The Chiffon Trenches’ to remember André Leon Talley by

What the heck is Wordle and why is everyone playing it?

Next
FYI: A ‘shoot them dead’ order is not an appropriate crisis response
Start typing to see results or hit ESC to close
fashion fashion news music Culture News movies
See all results